Since 1891 the Sisters of St. Francis of the Immaculate Conception have responded to God's personal call to live and proclaim the gospel message. In the spirit of St. Francis of Assisi, they strive to follow the poor Christ after the example of their foundress, Mother Mary Pacifica, baptized Margaret Forrestal.
Margaret originally entered a Franciscan congregation with deep German roots in Dubuque, Iowa.  However, Sister Mary Pacifica (as she was then called) began to feel that God was leading her to found a new branch of English-speaking Franciscan sisters. As a result, she withdrew from the Dubuque community on August 14, 1887. Margaret then received permission from Archbishop Richard Kenrick of St. Louis to teach in Palmyra, Missouri. Two of Margaret's blood sisters and a friend joined her in Palmyra.
In 1890 the group learned of Archbishop John Lancaster Spalding's need to staff the diocesan orphanage in Metamora, Illinois. On November 15, 1890, Margaret and her small group responded to this need and arrived in Metamora, the founding site of the Sisters of St. Francis of the Immaculate Conception. The four original members professed vows of poverty, chastity, and obedience on February 2, 1891, and Margaret became Mother Mary Pacifica. By 1915 the call to fill diocesan needs also included teaching in fourteen parish schools and staffing two homes for the aging. When the motherhouse was built on Heading Avenue in 1912, the sisters became known as the "Heading Avenue Franciscans."
Mother Mary Pacifica's strong faith and sense of mission to God's people, especially to the poor, continued to attract young women to her Christ-centered way of life. The frequent theme of her letters and exhortations reveals the community charism - to live the Gospel, pray, suffer, and love - as well as the mission of the sisters today:  to make God's compassionate presence known through their vowed life in community and ministries of service. On Easter 1916, she writes to the sisters: "We will keep on loving God, trying to increase this love from day to day, seeing God in our neighbor. Let us endeavor to make this spirit of charity the distinctive mark of our community."
Place your photo here.
Our  Leadership as of June 4, 2017
President, Sister Kathleen Ann Mourisse
Vice-President, Sister Irene Marie Fritch
Council:  Sister Holly Marie Schultz,
Sister Diane Marie VandeVoorde
and Sister Janice Keenan
"A Caring, Praying Presence"
Today, the sisters in this diocesan community continue to serve the people of God through prayer, community witness and a variety of ministries - striving to meet the needs of the dioceses of Peoria and Springfield, Illinois.
Prayer and community are essential elements
of their life. 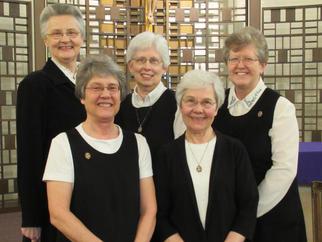 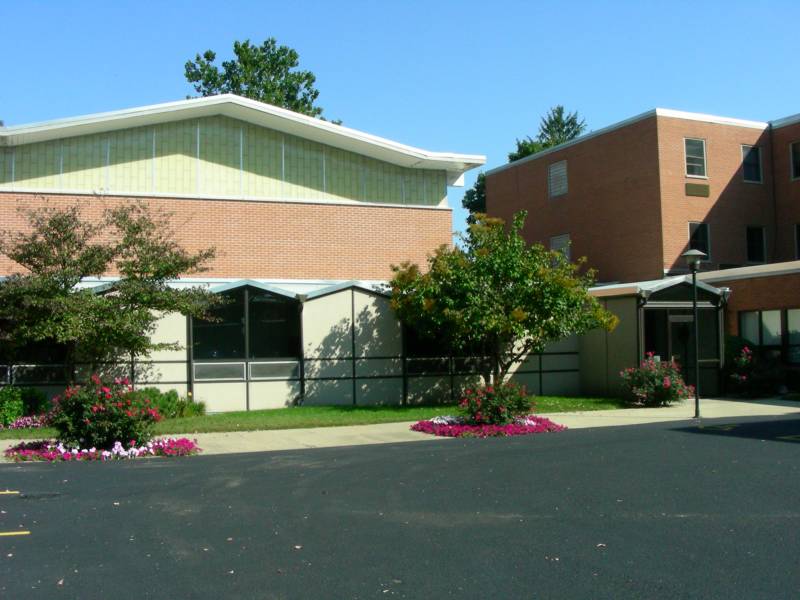