History of the Ornaments
1

The Rolan A. Johnson Company, Inc. in Peoria, Illinois, has been in existence for over sixty years fulfilling the screen printing needs of the community. For forty years, during the Christmas season, Rolan Johnson used his artistic talents to the fullest by creating unique, original, screen-printed greeting cards that he designed and mailed out to over two thousand family members, friends, and business associates. More than just a card, the Christmas prints were large enough to be framed and are considered to be collectables by many.
These mosaic prints had either a stone or stained glass look and were Rolan's "labor of love." Rolan spent hundreds of design and production hours on each card. After selecting the perfect Christmas picture, he then sketched and added other components until the final full-scale design was complete. Each individual tile of the mosaic pattern was drawn and colored in by hand. Many times the tiles were rearranged and re-colored to get the perfect effect. Each card consisted of up to twelve to fourteen colors which had to be printed separately in order to obtain the mosaic look. Not stopping there, Rolan also designed and printed a special mailing carton and a Christmas greeting for each card that expressed his feelings and the joy of the season. Created and sent for the sheer joy of doing so, Rolan's special creations were truly his "labor of love," and those who received them felt lucky indeed.
In 1995, Rolan Johnson gave the Heading Avenue Franciscans exclusive permission to use the designs from his unique Christmas-card prints for an ornament fund-raiser. The tradition of the Rolan Johnson cards came to an end with Rolan's death on September 23, 2000. However, the Johnson family graciously allowed the sisters to continue the collectable ornament series in their father's memory.
Rolan was a very humble person and was amazed at the attention that his cards received. He had boxes of notes and letters from people all over the world who were thrilled with each new design. Many sent pictures of how they displayed his collection of works in their homes or offices.
Considered one of the best screen print artists in the world, he has received many awards both nationally and internationally. He was honored by the Silk Printing International Conference, the Printing Industries of America, and the Graphic Screen Printing Association International. His work has also been exhibited at the Smithsonian Institute. Through his loving creations, Rolan shared the true meaning of Christmas with people around the world. As long as people continue to enjoy his work, the spirit of this true philanthropist will live on. 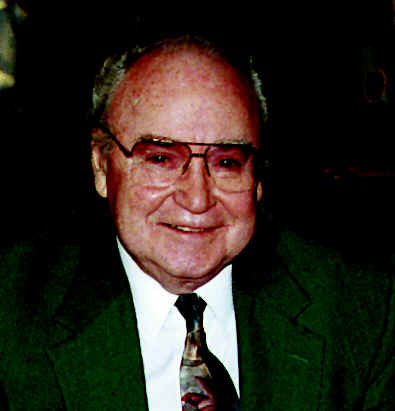